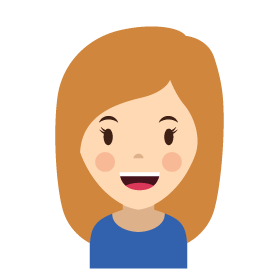 2017 is shaping up to be one of the coolest years for film fans. Trailers for some of the major studio releases have already hit the internet. The teaser trailers have generated tons of buzz. There are sequels, prequels, and new films. Below are four of the most talked about films to be in the pipeline. Two of them are animated films from major studios, helmed by masters of animated cinema. The other two are live action; both related to hugely popular Sci-Fi movies. Here's a brief rundown to get you ready for some of the hottest films coming to your local cinema.

This animated film is about a highly successful businessman. The only catch is that the businessman is a toddler. The toddler is voiced by Alec Baldwin. The film is based on a very popular children's book, and is helmed by Tom McGrath, the man behind the hugely popular Madagascar film series. The story is about the Boss Baby's older brother who discovers an evil corporation and their plans to destroy his brothers business, and the brothers efforts to work with the toddler businessman to fend off the evil corporation.

This film is a sequel to the Smurfs film of a few years ago. This film focus on a young smurf (voiced by pop sensation Demi Lovato) who goes on a quest to find a mysterious village. Like many great animated features, it has a tremendous cast, and has a hero's journey type plot where the main character has to adventure far and wide and overcome difficult obstacles. It is directed by Kelly Asburry, the man behind Shrek.

This live action Sci-Fi film has long been rumored to be in the works, and is now finally arriving in theaters in 2017. The film takes place years after the events of the original film. The lead character of the original film (Harrison Ford's character) is missing in action. A new "blade runner" portrayed by Ryan Gosling needs to find him due to a potential conspiracy that has been uncovered. The film is not directed by Ridley Scott (who directed the original) but he was involved in the production as a producer. The screenplay is by the same original man (Hampton Fancher) who adapted the original film from the Phillip K Dick short story. This time, the film is directed by Denis Villeneuve, the man behind the recent smash hit Sicario.

This film is a sequel to the earlier film Prometheus, and a prequel to the famed Alien films of past years. It is directed by Ridley Scott (also responsible for the original Alien, and Prometheus) and it follows up where the prior film left off, which concerned the discovery of the Alien species that plays such as pivotal role in the series. Guy Pierce plays the rich businessman who funds the expedition to capture the Alien, and Michael Fassbander plays the android with nefarious intent. The Girl With The Dragon Tattoo star Noomi Rapace also stars.

For more information and reviews on upcoming movies, visit sites like Rotoscopers.